Irving — The Red Pashmina, the Broadway-style musical co-presented by thinkIndia Foundation and MainStage Irving-Las Colinas, opens in an Indian fishing village in 1877, where fishermen and their wives are invoking the blessings of the Sea Gods for a young village boy who is about to embark on his very first fishing expedition. Complete with live music, brilliantly choreographed dance sequences and all the nostalgia of the pungent smell of fresh fish and the Indian Ocean breeze, the scene recalls the Bollywood song “Jhoot Bole Kauva Kate” from the hit 1973 blockbuster Bobby, starring Rishi Kapoor and Dimple Kapadia in leading roles.

The fate of the young village boy is revealed in the next scene, when a reincarnated version of this character is undergoing regression therapy on his psychotherapist’s couch; he, along with a female character, share their tumultuous experiences through vivid recall, vignettes of which serve as the crux of the musical.

Thus begins a two-hour journey into the different eras of India’s picturesque past, from the fishing village to an opulent palace to a pub in London to the Army Officers’ Club in Mumbai, all brought to life by 25 dancers in various colorful costumes, 17 singers and musicians of the live orchestra in the pit, elaborate backdrops for each time period and creative video projections used to enhance and enliven select scenes.

Launched in 2004 as an arts non-profit, thinkIndia Foundation has presented 11 Broadway-style musicals in the Dallas area to date. “Our mission is represented by the words ‘Connected, Creative and Caring,’” says writer, co-director and Board President Ravi Srinivasan. “Our mission is to foster community involvement in creative, cultural events and service projects, supporting charitable causes around the globe.” So far, the organization has donated more than $300,000 to worthwhile causes in India and the U.S.

thinkIndia is the epitome of “community theater,” as it engages more than 200 community members in each of its annual productions, preparations for which begin a year in advance. What also makes this non-profit unique is its collaboration with MainStage, the resident theater company of the Irving Arts Center. “This is our second year together, and we already have committed to the next show in September of 2019, as we expect to have an ongoing collaboration with them,” said Srinivasan. “This is a unique step for the South Asian community, as we are becoming a part of a mainstream theatre company’s regular season, and it could well lead to the establishment of an independent theatre down the road.”

Highlights of the production include the dance sequences in the palace scenes, reminiscent of Feroz Khan’s larger-than-life musical Mughal-E-Azam (based on the Bollywood film by the same name), and the sword-fighting sequence between Rajkumari Avantika and her lover.  All-in-all, The Red Pashmina will leave you engaged, educated and exhilarated!

You can see a video interview with the creators of The Red Pashmina here; and a video trailer in the original article link here.

» Jitin Hingorani is the founder of DFW South Asian Film Festival, co-founder of Dallas Indian Arts Collective and an Entertainment Reporter for Asian Variety Show. You can see more photos from the production and a photo of Hingorani in the slideshow (click the magenta button on the floating menu at the bottom left of your screen). 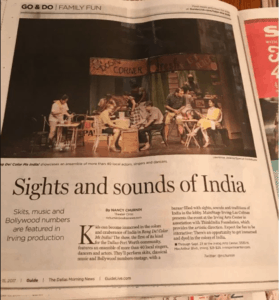 In print … In Color

And there we were! Splashed across an entire page of Guide Live’s GO & DO Family Fun section … Seriously folks!  Come 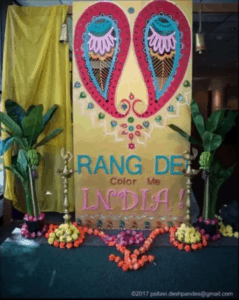 Sweet! A writeup in the Dallas Morning News

The community column of Dallas Morning News gave the Rang De! production team a boost ahead of the show’s opening on September 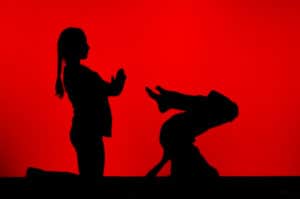 by Charlie Bowles | Link to the article here Have you discovered your destiny? Do events keep changing the direction of your